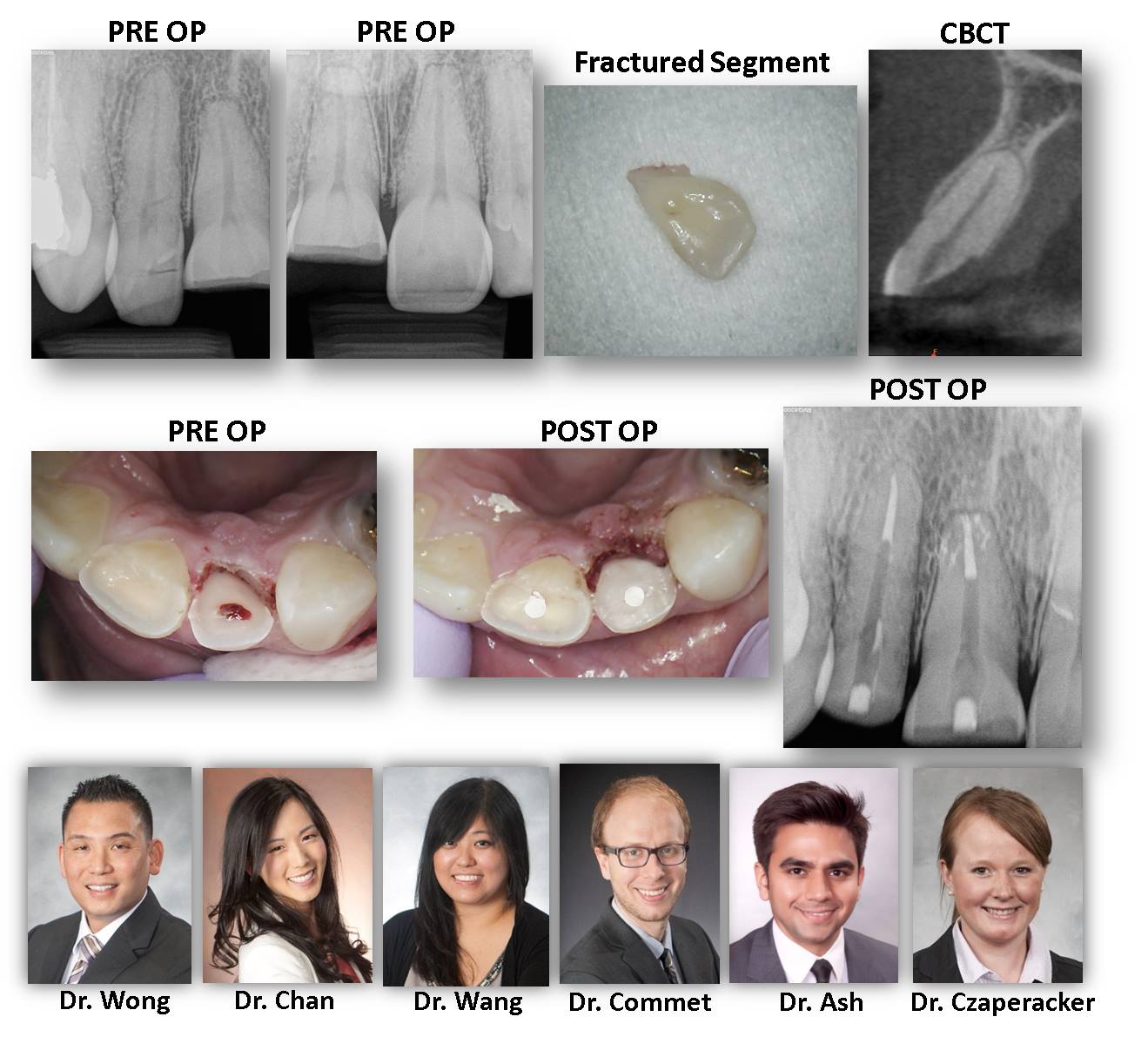 CBCT and TRAUMA:
This adult was hit in the face during an accident which resulted in fracture of both teeth #7 and #8. Tooth #8 developed a pulpitis which required endodontic therapy. Tooth #7 presented with a mechanical exposure and very large oblique fracture (the entire cingulum and lingual portion of the tooth is shown). After the mobile fragment was removed, a CBCT was taken and the fracture was noted to end above the osseous crest. This important diagnostic finding allowed the tooth to be saved after discussing with the restorative dentist that a post/core and chamfer margin PFM would be required.