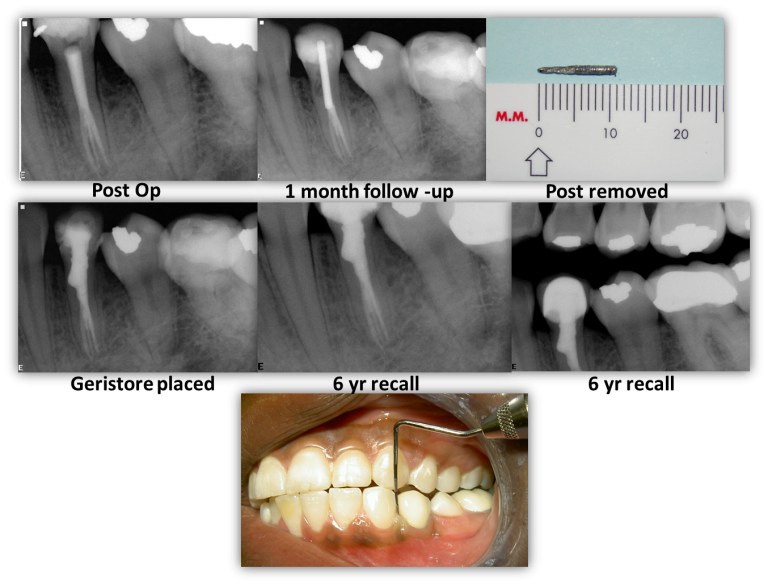 Here we present a healthy 18yo African American female in which non-surgical root canal treatment was rendered on #21 demonstrating a nice trifurcation anatomy. Some time later were we were contacted by the restorative dentist wanting us to re-evaluated the post/core placement prior to crown fabrication. As one can see, it appears that that something went awry while preparing the post space and large void had been left on the mesial aspect at mid-root level. We felt that this would compromise long term fractural resistance. Therefore, the post was removed and dual-cured core composite was placed to aid with fracture resistance. The patient has since received her crown and was seen for a 6 year follow-up. She remains  asymptomatic and there as no evidence of probing in the area. We remain optimistic of the long term prognosis of this case.