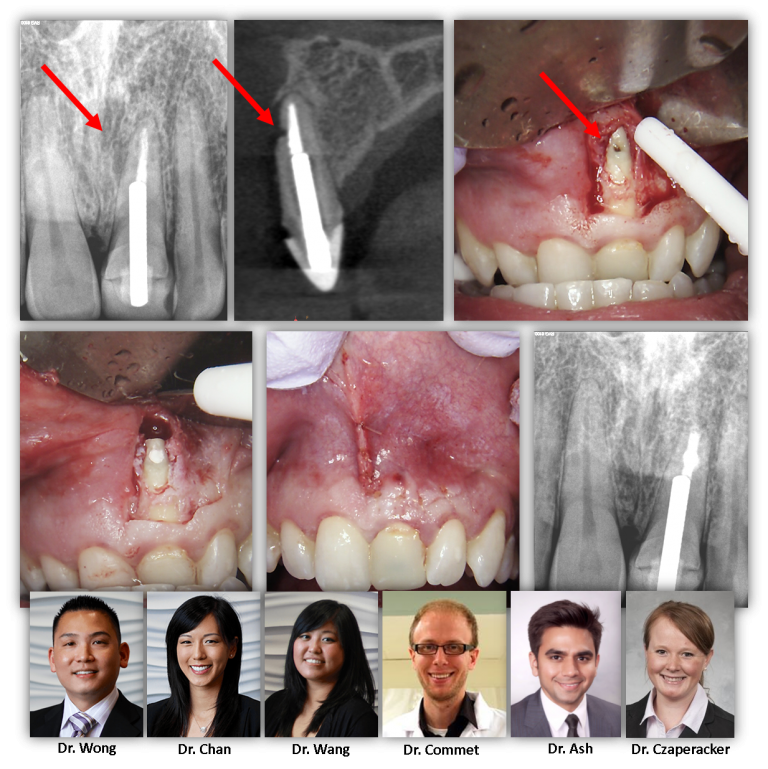 We present here an interesting case. This patient initially presented to us with a history of facial trauma requiring root canal therapy on tooth #9 as a teenager. Years later as an adult, he noted a pimple appearing in the gum tissue above the tooth.

Our initial evaluation was a previously treated root canal with a chronic abscess. On the 2D image, however, one would not accurately assess the possibiliy of a… non-restorable root fracture; this tooth has a large post and the radiographic lesion seems to start where the large post ends (at least on 2D imaging). When a CBCT was taken, we were able to discover what appeared to be a some sort of defect on the buccal surface of the apical third of the root. It looked too large to be an accessory canal. Additionally, there was no lesion present at the root terminus.

Apicoectomy was performed, the defect identified, and both the defect and retrofill placed. We were able to hide our surgical incision along the mucogingival line and along the frenum. At the post-surgical follow-up, the area should look like nobody was even there! Great job all the way around and we are very happy with the result of the case!